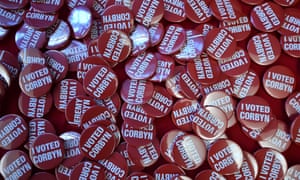 The Podemos International Secretariat, together with the London and Yorkshire Podemos Circles, would like to express their support for Jeremy Corbyn’s candidacy for the leadership of the Labour party. We believe it’s great news for both the Labour Party and the UK as a whole to have somebody with Corbyn’s integrity, values, and experience running for this position. The momentum his campaign has gained over the last few weeks, and the enthusiasm and hope it has triggered across the UK, demonstrate how Corbyn offers something that neither the Conservatives nor New Labour could: a solid alternative to socially irresponsible and austericidal policies, a new type of politics, based on engagement and participation, with people’s wellbeing, social justice and democracy at its heart. Labour, like many of its European counterparts, including PSOE in Spain, is at a historical juncture: it needs to decide whether it is to continue defending the interests of corporate capital and follow the steps of PASOK into irrelevance; or whether it has the courage to reverse its neoliberal drift, be true to its roots, and choose a leader like Corbyn, who will fight for, and along with, ordinary people.

This phenomenon is not particular to the UK. Across Europe, new political actors are emerging, fuelled by bottom-up grassroots movements. Ordinary citizens saying loud and clear that we’ve had enough of our institutions being hijacked by privileged minorities governing for the financial elites with total disregard for the dramatic human consequences of their actions. As the Greek case has tragically exemplified, there can be no democracy when regardless who you vote, the result is always austerity. For this reason, in Podemos we share Jeremy Corbyn’s view that another Europe is not just possible but necessary; a Europe true to its foundational values of democracy, human rights, equality, and human dignity. Against the irresponsibility of the Troika and the Eurogroup, against the Europe of financial lobbies and puppet representatives, a new democratic and social Europe is emerging, and Jeremy Corbyn’s victory would be great step in that direction.

We therefore believe that Jeremy Corbyn’s victory in the primaries would be excellent news for those who believe in the defence of social justice, human rights and democracy, and thus something worth backing. We would like to clarify, however, that this support does not equate to an affiliation to Labour, nor does it prefigure an endorsement with regards to the next general election.